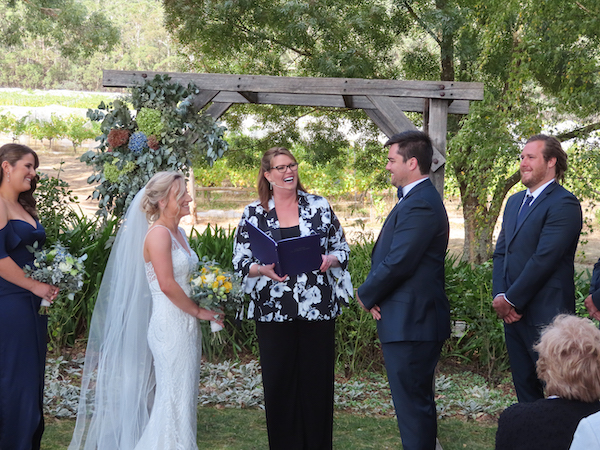 It’s a whole new world for weddings these days with many people choosing non- traditional ceremonies – from bridesmen and best girls to having wedding arches made from sticks!

As a Marriage Celebrant here in the ever- changing, picturesque Dandenong Ranges, I’m surrounded by traditional venues with a glorious array of gardens, gazebos and chapels. They cater to sit-down receptions with delightful table set-ups and stunning centre pieces. They are, simply put, charming and oozing tradition. However, many Yarra Valley venues are opting for industrial wedding spaces – a cocktail reception held in a winery shed, a grazing table and minimalist set-up. They scream ‘fun and funky’ and attract couples often catering to smaller guest numbers. This works especially well during off peak season and alternative weddings.

But let’s start at the beginning with the white wedding dress! Queen Victoria wore white to marry Prince Albert in 1840. Despite the white dress being favoured for some 180 years, coloured dresses are making a come-back. Over the last decade, brides have been wearing ivory, champagne, white with black trim and now, we’re seeing subtle colours of mocha, pink and florals.

I love how diverse weddings have become now with uneven numbers in the bridal party (oh yes you can!), and how’s this for fun? – boys attending on the girl’s side and vice versa. Fabulous names have popped up – gal pals, man of honour, best girl and bridesman… the list goes on and is very on-trend. 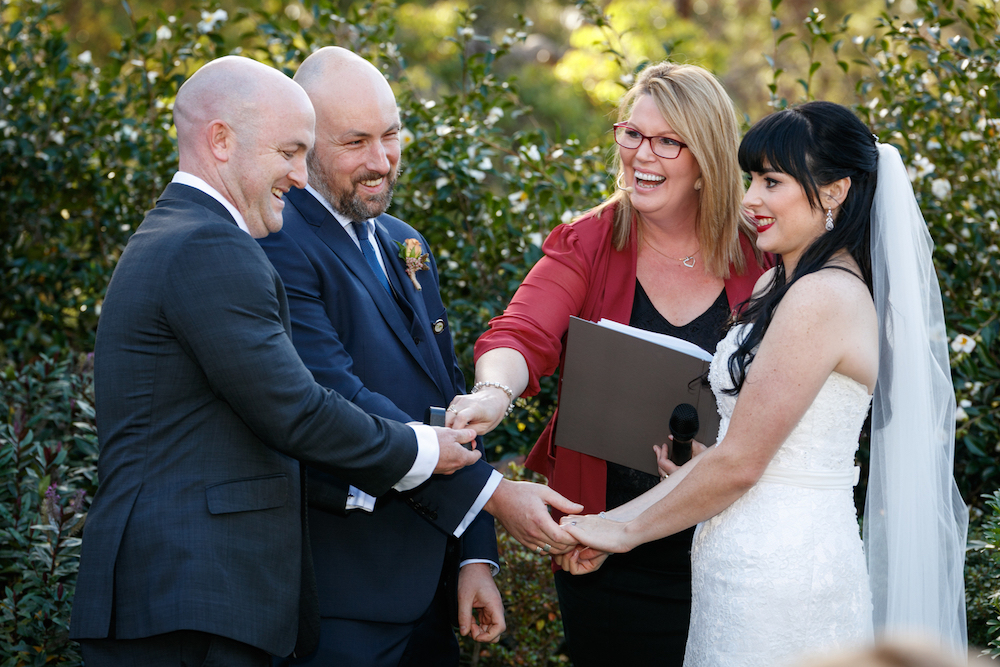 Speaking of keeping up to date – same-sex marriage. Nope, it’s just marriage, just like everyone else’s. So take note and remember that we don’t need to distinguish anymore.

And lastly, who pays for what? Thankfully, those days are gone where the bride’s family pays for everything. It’s been standard for a long time now that either the couple foot the bill or it’s split three ways between the couple and both sets of parents. But if parents are contributing, they usually want a say in who is being invited so this may mean you’ll have cousins coming that you haven’t seen since you were 11!

However you choose to get married, enjoy the freedom of choice available to you now that tradition is optional.

In 2017, 78% of marriages in Australia were performed by civil celebrants. 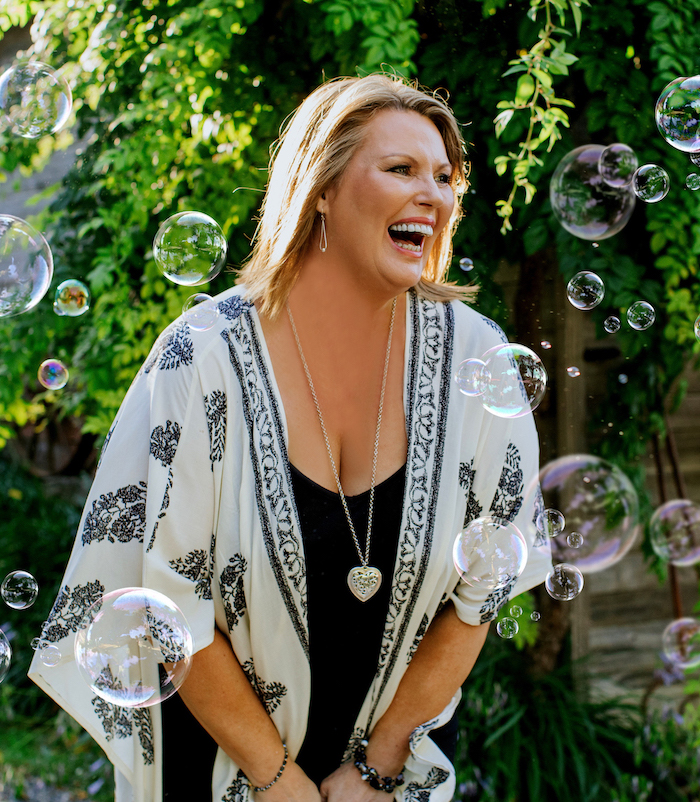 Lisa Newman is a popular Belgrave-based Marriage Celebrant who loves going to work! It doesn’t matter how large or small your wedding is, Lisa’s energy and genuine enthusiasm is consistent from start to finish. She relates well with people of all ages and you will feel comfortable with her from your first point of contact.

Trends
10 Ideas for an Eco-friendly Wedding

Less stuff, more love. Simple, stress-free weddings have a lot in common with an eco-sustainable approach to your big day. Pare back and focus on what is truly needed. Save on costs, save on unnecessary stuff and do a little towards saving the environment on your wedding day. Start with some simple ideas, or create END_OF_DOCUMENT_TOKEN_TO_BE_REPLACED

Meet the couple Stephanie Tennant is a Paediatric Speech Pathologist and Caitlin Wynne is a Designer. They live in Melbourne with their beloved miniature dachshund Billie.The couple met about 10 years ago, playing Handball at a little local Melbourne club. Caitlin was a veteran at the club and Steph was a new recruit, and they END_OF_DOCUMENT_TOKEN_TO_BE_REPLACED

The sound of rushing cascades invigorates the air and creates a soft mist that is cooling on even the warmest of days. If a wedding by the water sounds like a fresh way to get hitched, the Yarra Valley and Dandenong Ranges has a range of options you can consider. Waterfalls are found in lush END_OF_DOCUMENT_TOKEN_TO_BE_REPLACED