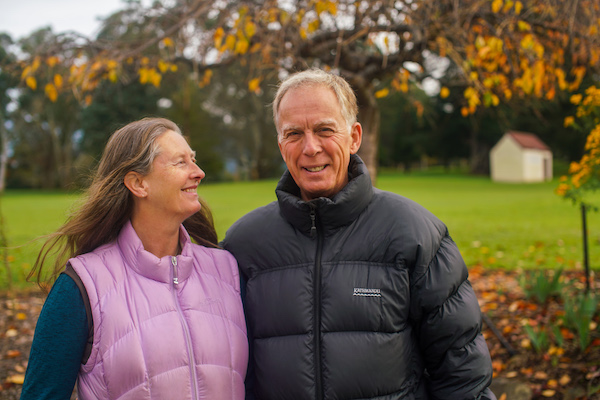 As settings go, it’s hard to imagine one more spectacular than that chosen by Peter Ferguson the day he enquired as to whether his beloved Emma might care to spend the rest of her life in his company.

”Sorry,”I feel compelled to butt in here, fearing I’d misheard something. “How far did you say this was from er, Mount Everest?”

“As the crow flies…” replies Peter thoughtfully, “about two kilometres.”

Only a couple of days earlier, Peter and Emma’s Nepalese guide had told them of the soon to be visited legendary ridge of Kala Pattar, it’s renowned spiritual qualities, and of course its breathtaking – literally breathtaking – views across to what they call Sagarmatha– “The Peak of Heaven”, “Goddess Mother of the World”: Everest.

Just a couple of days for Peter to hatch his plan.

At a small village the next day, he waited till Emma was distracted writing postcards at the post office, then made his mad dash to a trinket shop where he frantically tried on ring after ring, hoping – desperately – to find one he thought might fit her delicate English finger. Eventually, bingo, and all for about four dollars.

She, a yoga instructor and he, a very fit kinesiologist, had prepared well for their Himalaya trek, but as soon as they stepped foot onto Kala Pattar to pull themselves up its rocky 400 metre backbone to the magnificent summit, Peter’s legs ‘felt like lead’, and he began to struggle. Nerves, one supposes, played their part, but let’s put it down to the far less romantic cause of oxygen sickness which can strike any mortal at these heights of 5,500 metres above sea level.

Pushing on to the top, the view was beyond imagining, but Peter wondered when the precise moment might present itself. He was prepared, of course, to go down on bended knee, but didn’t like the look of those sharp rocks one little bit. Then, as Emma, video camera in hand, mounted a boulder (why she felt she needed to be even higher has never been explained), Peter seized his chance, as well the ring.

“Of course! Of course I’ll marry you darling”, said Emma through the viewfinder, “just…let me get this shot”. You don’t get the chance to film Mt Everest every day of your life. 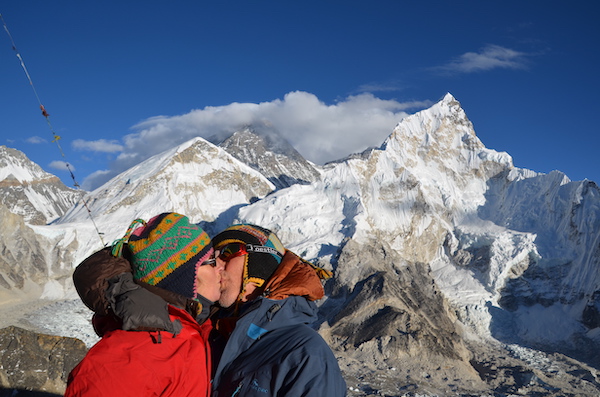 It’s a story that would fit the nuptials of any pair of eager young newlyweds, except the day Peter popped the question on the top of the world he was well into his sixties, and Emma, was a grandmother of four.

Fitter than fiddles the pair of them notwithstanding, why – at their time of life, I was curious to know – would you bother?

With marriage long having ceased to be the obligatory harness of responsibility donned by every one of my parent’s generation at age 22, why wouldn’t Peter and Emma be happy enough to just keep trekking through life until they well, ran out of mountain?

Emma had been married before, in her youth, but it was different then, and so was she. “As a little girl”, she explains, “I was brought up believing that I would get married and have children by a certain age, and that’s what I did. It was a ‘no-brainer’”.

Separated at 33 and with two children, however, Emma decided “now was the time to grow up.” Only at around fifty did she come into what she calls, ‘my own true self’.

“I realised,” she says, “that as a person, I was completely fulfilled, done what I had wanted to do, and was not needing, or even wanting, anything”. Barely 24 hours after this epiphany, Peter came into her life, and six months later he proposed at the foot of Mount Everest.

“It’s no less serious than it was when I marrried at 21”, says Emma, “I just didn’t get it then. Now the only reason we have for getting married is that we chose to.”

For Peter, it was more simple. Having never proposed to anyone in his life before, doing so to Emma felt like the most natural thing in the world.

A few months later in a lush green park at the foot of another mountain range, in Warburton, Peter gave Emma another ring, specially made to closely resemble the one he had bought in a hurry in the village in Nepal. He wouldn’t reveal how much it cost, but he assured me it was considerably more than four dollars. 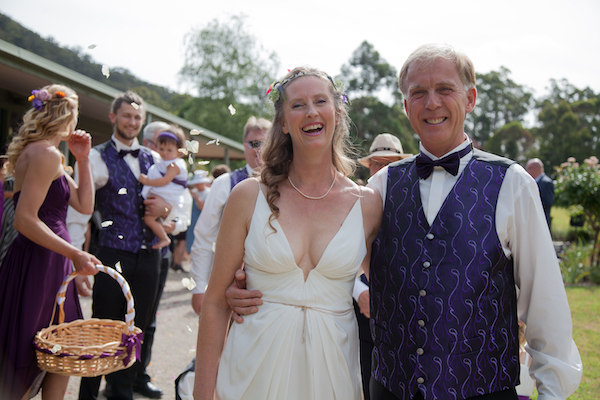 As featured in the winter issue

People to Meet
Your Celebrant makes your day

A traditional wedding is one that reflects a time-honoured ceremony that many people choose for its integrity and customs, but increasingly couples are seeking non-traditional and creative ways of preparing a ceremony that is as individual as you are. It’s your choice – a Yarra Valley wedding or a Dandenong Ranges wedding. A well-chosen celebrant END_OF_DOCUMENT_TOKEN_TO_BE_REPLACED

Tips for Writing The Perfect Vows

Looking to move from the typical and craft your own, personal vows? Here are a few tips to ensure they’re meaningful. First and most importantly, only write your own vows if you’re both in it together. A ceremony where one of you says something personalised and the other repeats after your celebrant only looks like END_OF_DOCUMENT_TOKEN_TO_BE_REPLACED

From blank canvas rooms to stunning natural vistas, how you ‘stage’ the setting where you are holding your ceremony will express your individuality and style as a couple. Today 70% of ceremonies are held ‘outside’ a church setting, and how you choose to define the space could just as easily have you talking with a END_OF_DOCUMENT_TOKEN_TO_BE_REPLACED